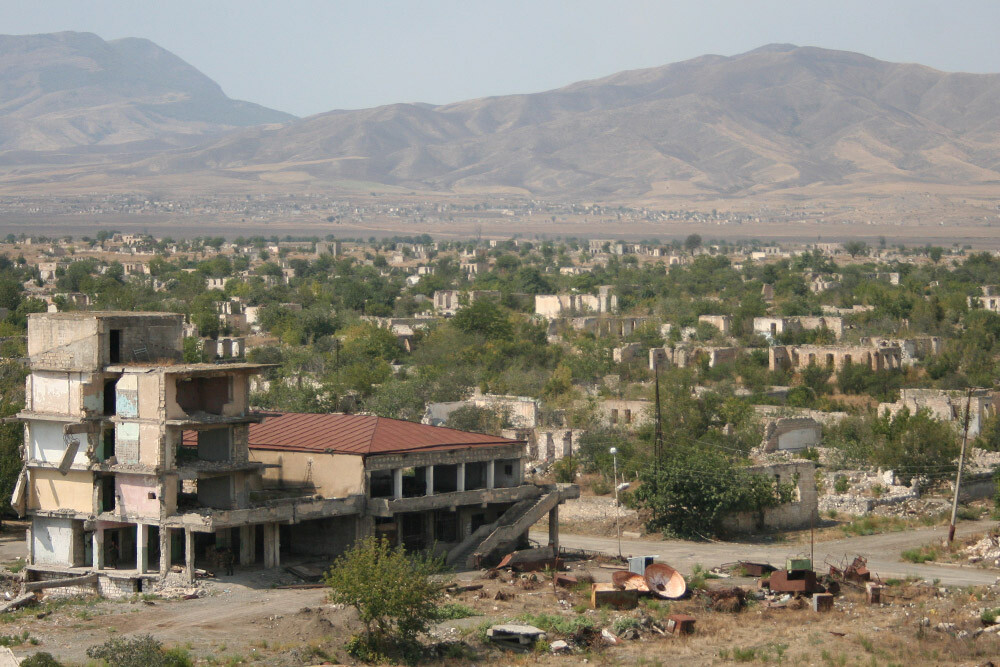 Nagorno-Karabakh, also known as Artsakh in Armenian is a region most people have not heard from for some time. And although the name and the region might have been on the radar in Western media outlets as a disputed region between Armenia and Azerbaijan more than 20 years ago, it still remains a disputed region. It is one of those regions that became disputed after the collapse of the Soviet Union and it has been contested ever since. And although the majority of the population is Armenian, Azerbaijan regards it as a part of Azerbaijan. Stalin, just like other communist leaders, decided that the region should become an autonomous area inside Soviet Azerbaijan instead of Soviet Armenia. After 1988 there was a decline in political authority over the region by the Azerbaijan government. And although there were no major incidents after the 1994 ceasefire, the matter has all but been resolved. There was already a prelude in 2016 when there was a violation of the ceasefire, but this quickly fell off the radar due to the ongoing conflict in Syria.

There are several problems with the region itself from a geographical point of view. Unline other disputed area’s Nagorno-Karabakh is located inside Azerbaijan and landlocked without any direct access to Armenia itself. This resulted in the occupation of the territory around the region by Armenian forces. The post-Soviet power vacuum that resulted in the Nagorno-Karabakh war and its subsequent power clashes until today show the consequence of not resolving this issue by the major international players.

Debka today writes about Iran’s support for Azerbaijan just like Turkey does. And the situation is quickly deteriorating as there have been reports of arms shipments and foreign fighters coming to the region from Syria.

Video of a Syrian mercenary in Azerbaijan speaking about the heavy shelling carried out by Armenian forces. I reached his cousin. The fighter is Mustafa Qanti, 23-years-old. He was recruited to go to Libya by the Hamza Division, a Turkish-backed faction. pic.twitter.com/tHdzljm02X

Here is the full video confirming presence of TR backed Syrian fighter in conflict between #Armenia and #Azerbaijan over #NagornoKarabakh pic.twitter.com/BBUPRQlGim

Strangely enough major news outlets like CNN report in-depth on the frontpage about COVID-19 and anchor debates. But conflict areas like Nagorno-Karabakh, Syria, and other regions seem to be of little importance. Yet the death toll in Syria lies between 384,000 and 586,000 killed according to the Syrian Observatory for Human Rights, and please mind these are no COVID-19 casualties. On top of that, the U.N. estimates that 6,5 million people have been displayed thus far.

If we look at the figures of Nagorno-Karabakh thus far the estimates are that 43 civilians have been killed and a total of 264 soldiers in 2020. And there is no end in sight yet. In the background, Iran, Turkey, Israel, Russia, and other actors continue to support the factions with military hardware and foreign fighters.

Of course one might argue that the Nagorno-Karabakh region isn’t forgotten by the major powers, but the public surely has. And it somehow strikes as odd to say the least, that journalists spend all their time writing about COVID-19; Lana Del Rey wearing a mesh mask, Trump doing a drive-by or some other items that are deemed more newsworthy than war itself. If the major news outlets can’t find any balance in the material that they are reporting on, how can we expect any balance from the parties involved in the conflict?